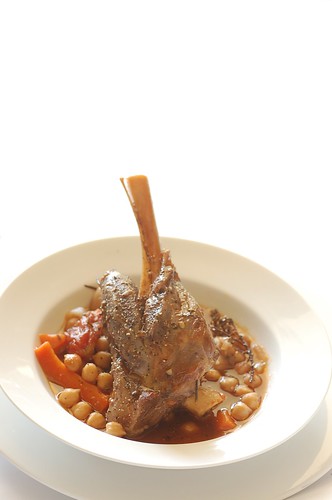 They say that you can’t teach an old dog new tricks, but over the last eight months or so since my Mum died, I’ve been trying to prove that old adage wrong. You see my dear old Dad is one of those people who has managed to get through life without learning to cook. This is a man who once cut a quote out of the paper from the Aussie cricketer Mark Waugh and proudly stuck it on the fridge.

‘I make tea and toast, what else can you expect a man to do.’

Sums up my Dad and his former kitchen enterprises all right. Although to be fair he did make a mean porridge in the winter months, stirring on the stove old-school style to produce that gorgeously hearty rib-sticking texture. No micro-waving for my Dad.

While we have had some success in the new tricks department when it comes to putting on a load of washing, packing and unpacking the dishwasher, vacuuming the floor with my Mum’s beloved Dyson, and even changing the sheets, to say that progress in the cooking department has been less than stellar is a serious understatement.

As someone who claims to have allergies to wheat, dairy, eggs and peas, my Dad isn’t exactly the easiest to feed. So meat and veg seemed like a good place to start. I’m a massive fan of roasting in general and roast veg in particular so one of the first things we tried was roast pumpkin, potato, onion and sweet potato. Easy. Just scrub the veg, cut into chunks, toss with a little oil and bake at 180C for about an hour turning every now and then until crispy on the outside and soft in the middle.

But somehow my Dad seems to have a selective memory when it comes to things culinary and since we’ve been embarking on this journey together I can’t tell you how many times I’ve had the following conversation on my daily call to Dad on my way home from work.

Jules:  “So Dad what are you planning for dinner?”

Jules:  “Veggies sound good, how were you thinking about cooking them?”

Dad:  “Ohh I don’t know, maybe popping them in a saucepan and boiling them”

Jules:  “You know if I were you I’d probable roast them Dad. Roast veggies taste heaps better and you don’t have the problem of leaching the water soluble vitamins into the cooking water”

Dad:  “Roasting hey? Well that sounds good. So what sort of a thing would I need to put them in?”

Jules:  “How about the roasting tray?”

And so it goes, time after time. With me describing our stainless steel roasting tray and giving instructions to turn the oven on as soon as he gets off the phone so it preheats while he is prepping the veg. To be fair he usually gives it a go and when I check in the next day, he seems pretty happy with the results. But it really amazes, and to be honest, dis-heartens me is that each time we have to go through the whole discussion from scratch. Sure I’ve written it down and have even started a cookbook for Dad to stick recipes in, but he forgets that the book exists, so he doesn’t even think to look there for instructions. It seems pretty mean to say ‘why don’t you just read what I wrote’ when we’re on the phone already, so I keep on explaining. Like teaching a goldfish with their famous three second memory really.

In the beginning I had visions of turning our culinary adventure into a book. A story of me teaching Dad to cook, complete with recipes and photos taken by me of Dad’s creations. A very basic cookbook for new-comers to the kitchen. And while I’m feeling more and more like that dream will never come to fruition, I haven’t given up hope completely. Each month when I visit the farm for a bit of out-of-the-city relaxation, I’ve still been encouraging Dad in the kitchen.

My Dad is as big a fan of lambshanks as am I and we’ve often lamented that God chose to create sheep with only four legs. What was wrong with six or even eight? So this weekend when I was at the farm I decided to have a shot at teaching Dad a basic shank dish. Think melt-in-the-mouth meat nestled in a rich tomatoey-winey sauce with a few veg and nutty chickpeas. A meal in one pot that just needs a few minutes of prep and then four hours or so in the oven. Something that even a goldfish would be able to remember, at least I hope.

If you don’t have the inclination to soak chickpeas, you could always go for the canned variety and just drain and add to the pot about half an hour before everything is done. But if you’re lucky enough to have a stash of lamb shanks in the deep freeze like my dad, just put the chickpeas in to soak when you get the shanks out of the freezer and you’ll be rewarded with the chickpeas taking on the rich flavours of the sauce.

Feel free to play around with the types of veggies you use. If you’re anything like my Irish connection, you’d probably feel like doing away with the chickpeas and subbing in some scrubbed kipfler potatoes and by all means go ahead.

Preheat oven to 160C (320F). Place shanks in a large oven proof casserole dish. Add onion, garlic, carrots, tomatoes and their juices, stock, wine or other liquid and herbs. Drain chickpeas and scatter over the top. Season with approx 1teaspoon salt and plenty of black pepper. Cover with a lid or foil and place in the oven.

Bake for 4-5 hours or until shanks are meltingly tender and the meat is starting to fall off the bone. You can either serve now with crusty bread and a green salad or allow to cool. Refrigerate until needed up to about a week.

When ready to serve preheat oven to 180C (350F). Skim solidified fat from the surface of the shanks and place shanks, uncovered in the oven for 15-20mins or until heated through. Serve as above.

Subscribe to stonesoup by email to receive your free updates published twice a week.